This is the map for HB8 that consists of severely gerrymandered districts that adversely affects communities based on party politics and not the betterment of communities.  District 44 in Corrales is joined up with a section of Rio Rancho and Los Ranchos.  District 65 gerrymanders its way from Sandia Pueblo then heads north through a thin section of Bernalillo and continues all the way north to Farmington and the Colorado border.  This district will split Bernalillo into two different districts and separate it from Placitas, which will dilute Bernalillo’s representation.  Also, it appears there are at least five house seats with female representatives that are being heavily redistricted. 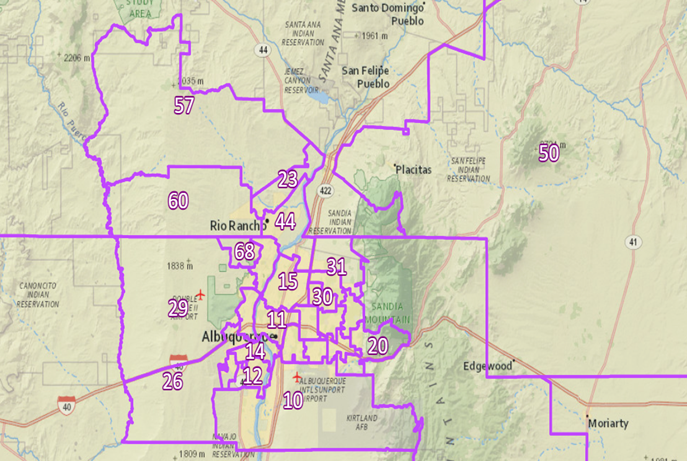 The Congressional map that is being considered, SB1, is a clear example of gerrymandering and is not a map approved by the citizen review committee.  Rio Rancho does become whole in the same congressional district for the first time in ten years, but it is separated from westside Albuquerque which would eliminate the focus on building continuity within the community.  The westside of Albuquerque is now in the same district as Las Cruces, Carlsbad and Silver City.  Congressional District 3 now includes Santa Fe, Farmington, and Clovis.  An egregious concern is Hobbs is split in half among districts 2 and 3.  Adequate representation means the 3 largest cities in the state should be separated, district 1 Albuquerque, district 2 Las Cruces and district 3 Rio Rancho.  If this map is adopted, it will adversely affect Rio Rancho, the Westside and communities throughout New Mexico.

Please reach out to your state senators and representatives to ask them to support building our communities. 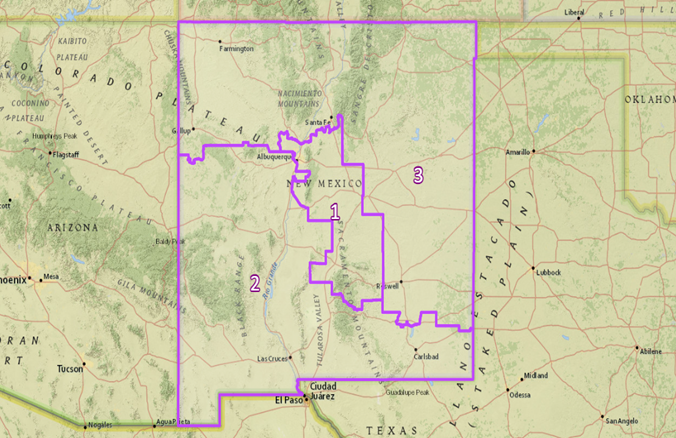